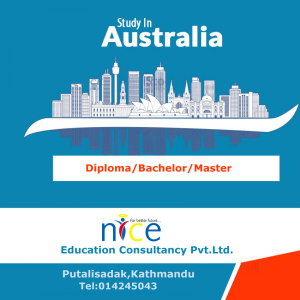 Why Study in Australia?

Australia is an attractive destination for overseas students because of its varied climatic conditions, diverse cultures, friendly and welcoming people and safe environment. Australia’s Higher Education has grown progressively over the last decade and is growing more and more as the days go by. High percentages of students from the Gulf now seek education in Australia-mainly in Sydney, Melbourne and Perth. An Australian qualification will develop you personally and professionally. It is your passport to a well-paid career and a secure future.

Waterproof Clothes and an umbrella for rainy days